The weekend is here, and especially if you are forced to home isolation like us, a great videogame can help you. Let’s take a look at the best picks from our quarantine sale on IndieGala where over 4000 steam-redeemable games are on sale now. ( and spending over 10$ will give you a cool bonus game worth $9.99 ) So you can stay safe, stay home and not just play alright games, you must play great games!

A fighting game full of different modes and things to do. Challenge other players in the lobby to determine who is the strongest. Party Matches, where we will randomly join teams and we will have to fight coordinating with other players. ( This mode is perhaps my least favorite)

The combat system is simply incredible.

A fighting system that is very easy to learn but with a crazy depth has a certain beauty to it. Assuming you play with an Xbox-like controller, light, medium and powerful attacks are your friend. Don’t forget about the special attacks thou.

It takes concepts from another era and brings them to the modern times.

This is a game that allows button mashing. But if you want to compete with the best, that is never the winning approach. After a start in which you will become familiar with the various moves, you’ll begin to see how the various attacks can be linked, and you will discover combos that can be devastating.

Dragon Ball FighterZ is above all a team game. You will have to choose 3 interchangeable fighters during the fight, and this adds another level of strategy. Changing among the fighters will allow you to recover life, but above all to launch even more powerful super moves.

Finally, The graphics of this game are simply perfect.

9/10 Dragon Ball FighterZ is a fighting game that gives you a lot of fun, especially if you are a fan of Goku and companions.

Bloodstained: Ritual of the Night

One of the classic examples of how a crowdfunding campaign should be conducted. The title was conceived in 2014, when the producer Koji Igarashi left Konami and was beset with requests from fans who were clamoring for a new game in the “Metroidvania” style. Obviously, he couldn’t use the Castlevania brand owned by Konami. Koji had to find a way to reboot the genre of which he was considered the spiritual father for years. So, leaning on crowdfunding, and in fact the help of those fans that wanted a successor to the timeless Symphony Of The Night, Igarashi began the development of Bloodstained Ritual Of The Night.

It is the game that all Castlevania fans have been waiting for years. Iga has managed to pack a Metroidvania that stands up to the comparison with the great classics of the past, thanks to the meticulous care of the different elements of the gameplay.

You will find a huge and fun map to explore in every corner, hundreds of weapons and spells that will give an incredible variety in combat and a story that pays homage to the classics it is inspired by.

8.5/10 The whole game is a huge tribute to the past created by Igarashi.

Here’s another title that was born thanks to a crowdfunding campaign. Indivisible is a truly unique, exciting and visually fascinating GDR / 2D side-scrolling platformer, like few other products published in recent years.

Indivisible is the story of the young Ajna, a girl who finds herself unwillingly catapulted into a struggle to prevent nothing less than the end of the world, but she will not be alone.

One of the peculiar characteristics of this indie title is the fact that during the adventure Ajna will meet many new friends who will travel inside her, more precisely in her mind: at any time you can access her Inner Kingdom to meet them, talk to them and also enhance the attack and defense parameters, as long as they have collected enough objects, suitable for this purpose.

Indivisible perfectly combines turn-based combat, typical of RPGs, with exploration-based gameplay, based on 2D scrolling platformers. Thanks to its unique and experimental gameplay, to a fascinating, colorful and fantastic anime-style graphic style and to a great story, Indivisible is truly unmissable indie title.

9/10 Indivisible will literally keep you glued to the screen for hours.

Expect a touching game that after just a few hours, will have already heavily plucked the strings of your heart.

A game like this cannot be described and should not even be judged. To the Moon must be played, lived and loved. To The Moon makes us reflect on life, on how we must always react to what happens to us and not let ourselves be overcome by the problems that can occur over the years, to us or to the people we care about.

An honorable mention for the soundtrack: delicate piano pieces. It is exciting and always consistent with what happens on the screen. From a sound point of view we are really faced with a masterpiece.

To the Moon is the perfect example of how a video game can be much more than just gameplay. You should play To the Moon and join all the other players who finished it and then cried, including me.

9.5/10 “The ending is rarely more important than the path that preceded it”

There are over 4000 games on sale currently on IndieGala! And don’t forget to check also our previous best choices 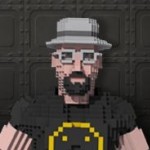 Radical Relocation: when physics is everything! (Mini-Review)

Paradox RPG Sale: exclusive discounts not to be missed!